Taxi For Sure - Customers Beware

I booked a ride with TaxiForSure this evening after a while just to have a very horrible experience. The booking was accepted at 20:28.and the vehicle was expected at 20:37. 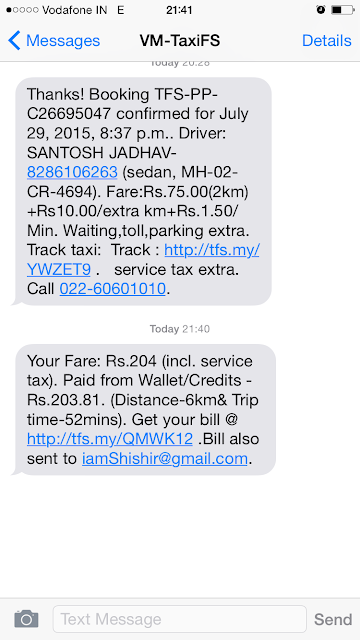 I called up the driver and he was at Kalina and was supposed to pick me up from the Citibank HQ in BKC. He said he would reach in 15~20 minutes and I was waiting for him. When I called him after 15 minutes, he said he was just 5 minutes away and was stuck in traffic. I called him 10 minutes later and he said he had reached the pick up address. I walked around 4 times in pouring rain to locate the cab but he was not to be found. His phone was switched off. I called up the TFS call center to raise an alert. The cab driver called up at the same time and said that there were 2 Citibanks in BKC and he had reached the wrong address. I gave him the directions not less than 7 times – Citibank HQ, Starbucks and Pizza Express BKC as prominent landmarks. He kept on saying that he was trying to locate the address – his GPS was’t working and he could not locate me on the map because of the same reason. He finally arrived at around 21:20 hrs.

The driver apologized several times for being late and said that he was new and did not understand the system properly and could not read the map / GPS wasn’t showing correct location. After the trip ended, I see the billing as below – the trip time was shown and calculated as 52 minutes – the actual trip lasted only 19 minutes. The billed distance was 6 kms – the actual distance is only 4.3 kms. 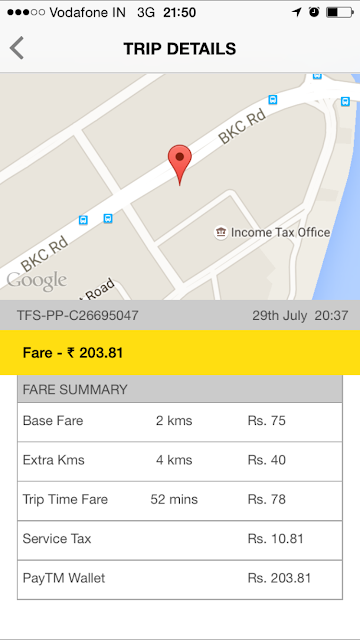 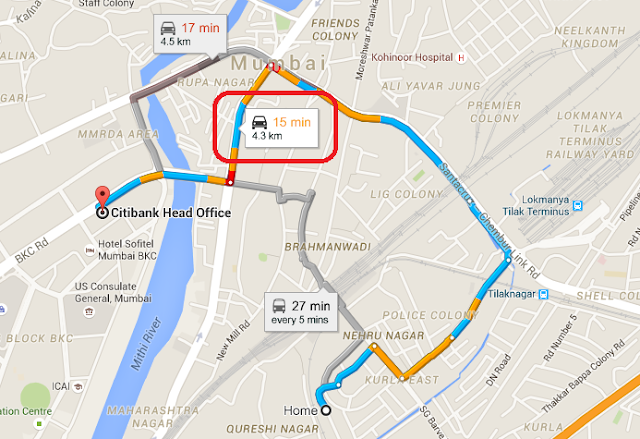 Effectively, TaxiForSure billed me for incorrect time, incorrect distance and a very horrible service – 52% higher than the correct fare that should have been charged.

I have raised this with their customer care and am awaiting feedback. Just one piece of advice – please check your timings and bills very carefully. It isn’t about the Rs. 70 that was billed excess but the unethical practices that are very evident. 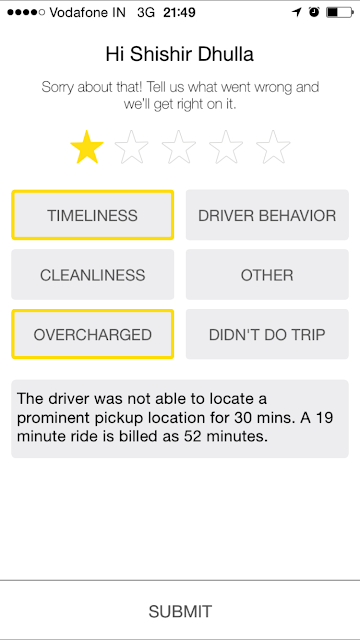 Incidentally, my friends traveled from Starbucks BKC to Borivali at the same time via an Uber sedan and you can see the fares for yourself

Compare this with TaxiForSure: 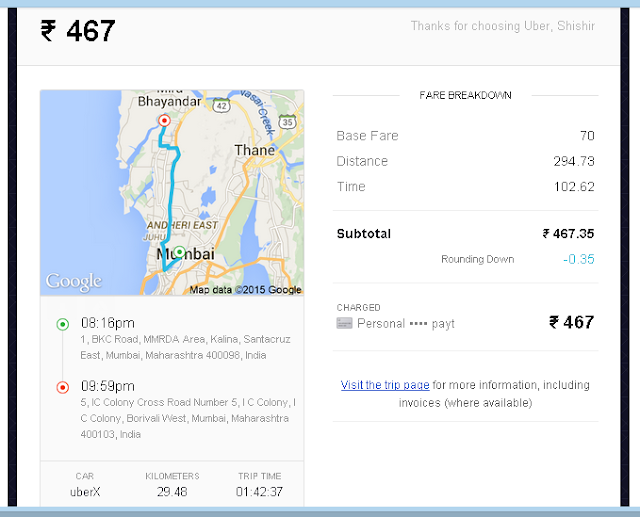 Shishir Dhulla
Over a period of time, I have been addicted to Food, Music, Travel and Photography. I earn to eat, travel and click.