I have always had only one mobile number since the last 12 years or so from Vodafone Mumbai. Apart from the fact that it did not provide data services in Ladakh, I never had major complaints about their service / billing etc. I was a strong advocate of Vodafone services to my friends and colleagues.

However, off late, their data service has deteriorated severely, We barely get a consistent data network in Mumbai - even in prominent business / residential areas. I raised several escalations to them at their store and through twitter. Always got assurances that their team is looking into the matter and that it will be shortly resolved. During my more recent escalations, I was told that the issue would be resolved in 3 months. I put up a request for rebates for services that they are unable to provide - however, I was told that this is not possible. You need to pay for services even if they are not available at all.

I discussed this issue with a few more friends on twitter and they all had the same experience with Vodafone data network across Mumbai. There were also instances when not a single page would open even if the data network signal was shown as strong. Most of the times, we got only 2G network on a 3G plan. 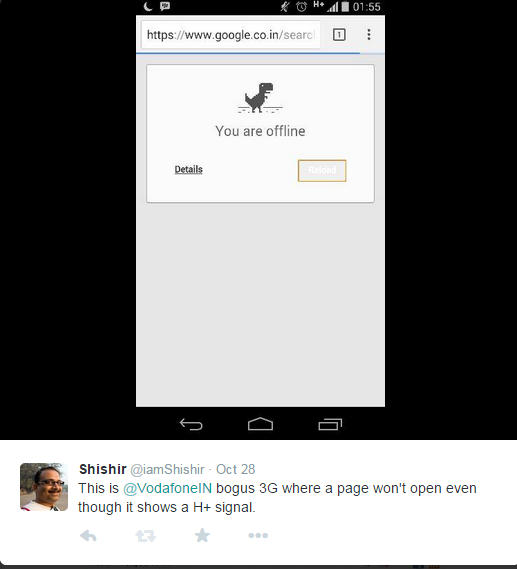 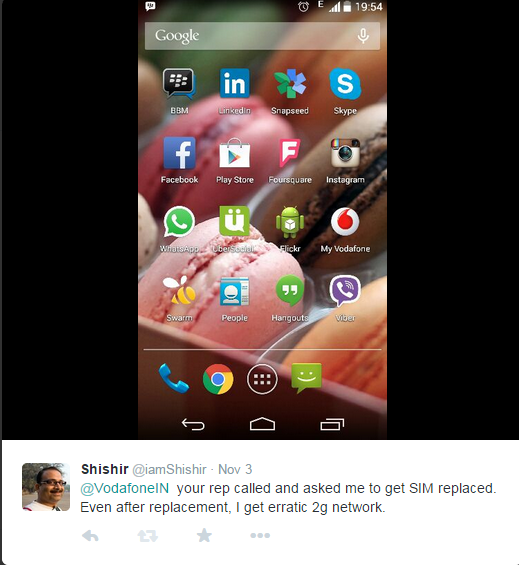 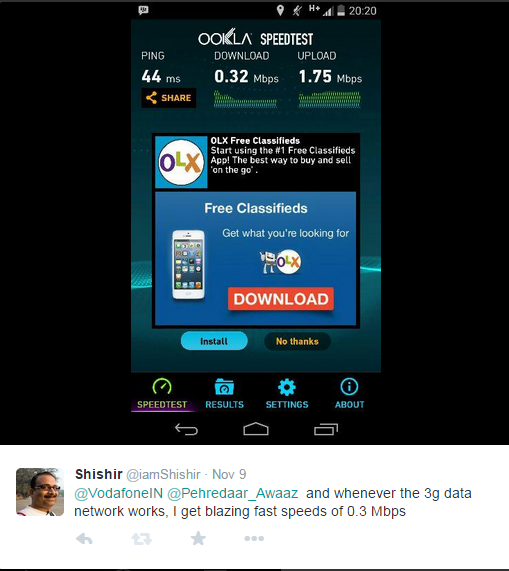 I was paying Rs. 850 + taxes for 3G data services (apart from a different voice plan) and wasn't getting to utilize almost 50% of my data limits because of non-availability of the service. It came to a point where I had to start carrying my Tata Photon wifi dongle with a battery pack to use data services on my mobile in a reliable manner. This was the end of my patience and I decided to port out of Vodafone. 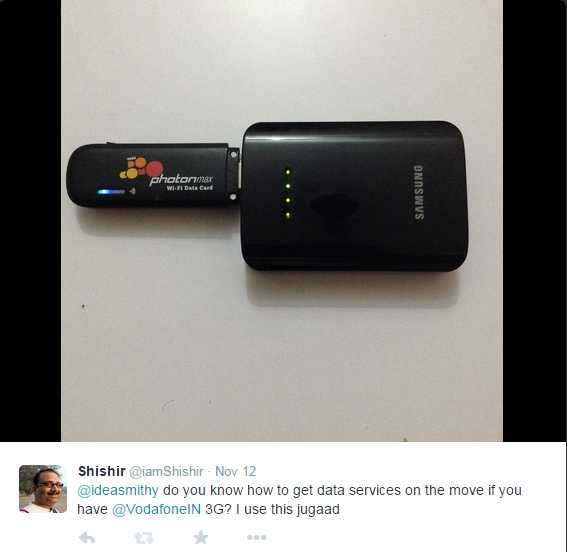 There has been positive feedback about Airtel and I had a very professional experience with them so far (my number is yet to be ported). I sent them an inquiry for porting via their website and received a call within 2 hours. They sent across a representative to collect documents and photograph at my residence the same evening and also delivered the SIM card at the same time. They also offered a very competitive plan to me.

I would have loved to stay on with Vodafone, but they know how to lose loyal customers. The port out request is under process and I will update this post with my Airtel experience once I am ported to the new network.

My number has been successfully ported to Airtel this morning without a glitch. The 3G performance is similar to Vodafone. I will monitor the connection stability over the next few days and update the experience after a couple of weeks. 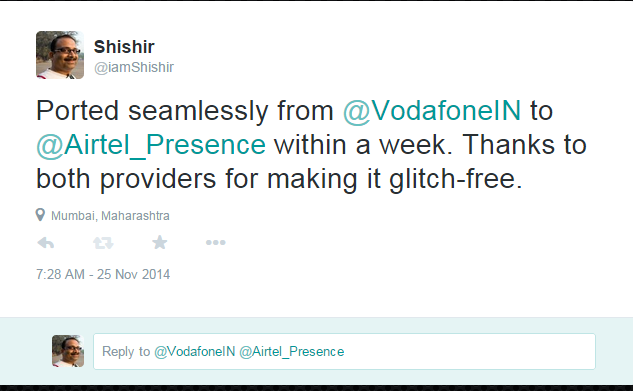 I went off to a trip to Tadoba on the night of 27th November. On route to Chandrapur, I lost all mobile signal on Airtel (voice / data) and was entirely cut off from the world for 3 days during my stay in Mohorli, Chandrapur. I could not even select other provider networks manually. Folks with other SIM cards were able to use voice services and Idea mobile users had a GPRS signal too.

I used to be almost always connected (except in Ladakh) with my Vodafone mobile, so Vodafone network scores in that sense. Even in Mumbai, Airtel 3G network is below standard compared to the Vodafone 3G network.

I am also facing an issue with receiving OTP for PayTM on my Airtel mobile - PayTM tells me that their system is sending out an OTP but my carrier Airtel isn't letting it through. This matter is being troubleshooted by both PayTM and Airtel for the last week or so.

Looks like the decision to port from Vodafone to Airtel wasn't warranted. I might port back to Vodafone after giving some more time to Airtel.

It has been over a month since I ported to Airtel from Vodafone. I must say that they have a very very pathetic voice / data network as compared to Vodafone. Porting out from Vodafone to Airtel was my biggest mistake of 2014. I have zero data network at my residence (billing address) AND at my office, the Airtel network often goes into 'No service' mode. 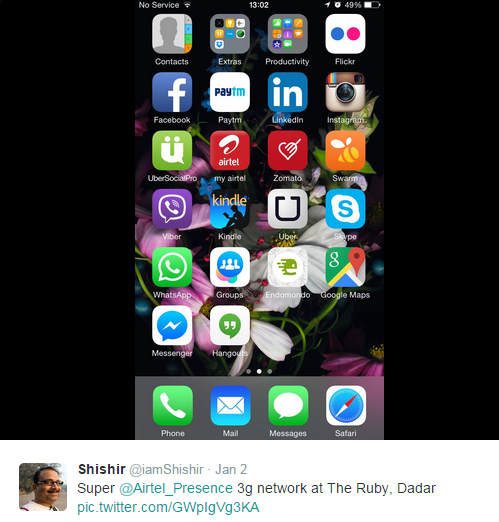 Essentially, I have voice and data signal only on the road. That too, if you see 3G signal on Airtel, it is not necessary that your internet is working fine. 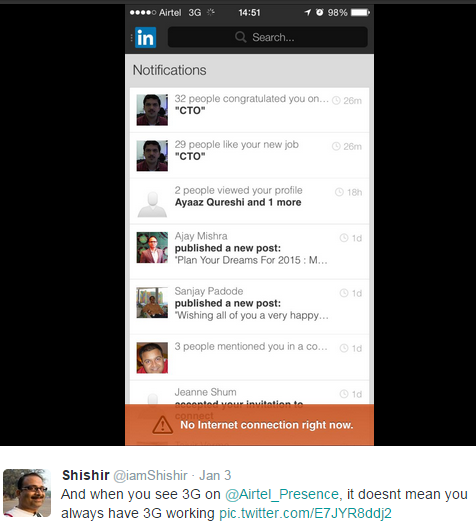 My colleagues in office have all ported out from Airtel to Vodafone due to such issue. However, there is a period of 90 days that I need to stay with Airtel before I can port out of their network again.

It looks like there is no hope for mobile consumers to get stable voice / data services in Mumbai. Pay through your nose and we have no-where to complain for such shabby service levels.
Posted by Shishir Dhulla at 6:35 pm

Shishir Dhulla
Over a period of time, I have been addicted to Food, Music, Travel and Photography. I earn to eat, travel and click.